The Martin Knežević Cup is a once a year tournament held by Hurstville Zagreb FC dedicated to the memory of our former player, coach and friend Martin Knežević.

Martin was born on the 28th of April, 1974 in Sydney, NSW to parents Janko and Biserka and was a younger brother to sister Višnja with younger sister Angela yet to come. Along with the boyish good looks was a cheeky smile that you could see for miles Martin was raised in the heart of the St. George District, Carlton. He went to local school Carlton South Public School and Kogarah Marist High and finished his HSC there in 1991.

He first came to HZFC as a junior, and quickly formed a long relationship with Tommy Prusac. Martin was part of the HZFC team which won the Commonwealth Bank Cup Trophy for the Under 21’s in 1992. Martin was also a coach for the HZFC girls team.

HZFC decided in 1997 to honor Martin with this tournament named after him. Over the years, we have seen the tournament grow from 8 teams in 1997 to 36 teams in 2019 over 4 age brackets (Open Masters, Veterani and Women).

Tommy has competed in every tournament since 1997, and still takes part in the competition. Dedicated to their friendship he calls his team “Martin’s Boys”. With the hard work of John Gagro and his team of merry Zagrebčani, Martin’s name lives on and the tournament will get bigger and bigger in years to come.

Register For This Year 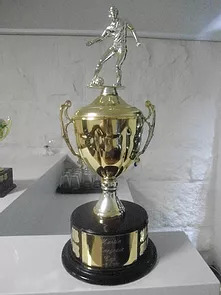